Walking by One Day here in My World

"You cannot depend on your eyes when your imagination is out of focus."— Mark Twain

Thank You Klaus and your dynamic team: Sandy, Louise, Wren, The Fishing Guy and Sylvia. 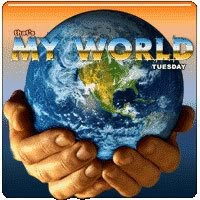 More to see in My World Tuesday.

One day I felt bored so I went out for another walk about to the city. This time, I aimed to satisfy my curiosity about the Government House of New South Wales, the Official Residence of the Governor General. This place is more for Ceremonial Events than anything else though it is open to the public for scrutiny as part of a Tourism Program. 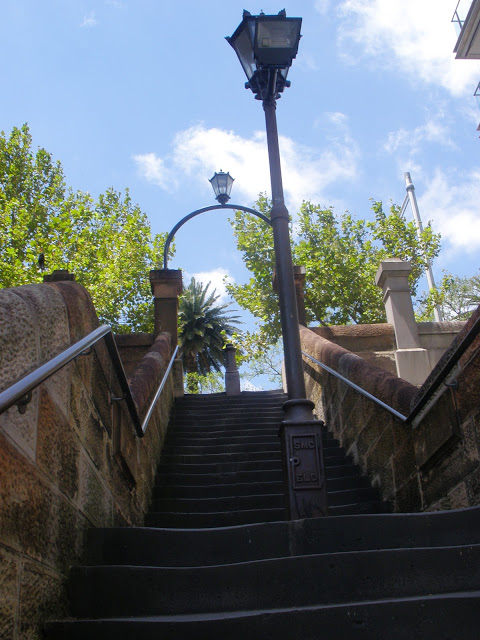 I took a train  to Circular Quay and thought of using a short cut instead of going around via Sydney Royal Botanical Garden. So up I went by these stairs and crossed the road ... 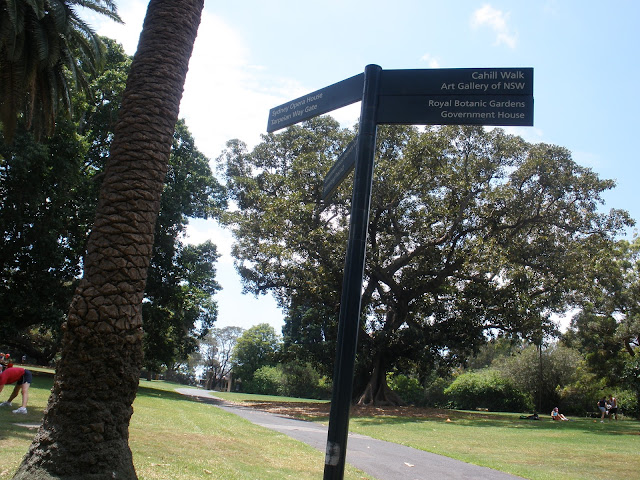 I saw this sign and followed the asphalted mini road - no, it's not a yellow brick road. 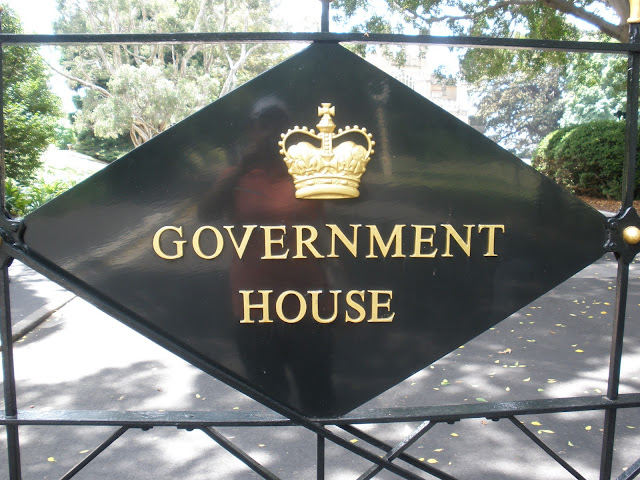 It's a bit fair way to walk as there were many more to see on the way until I reached this iron gate. 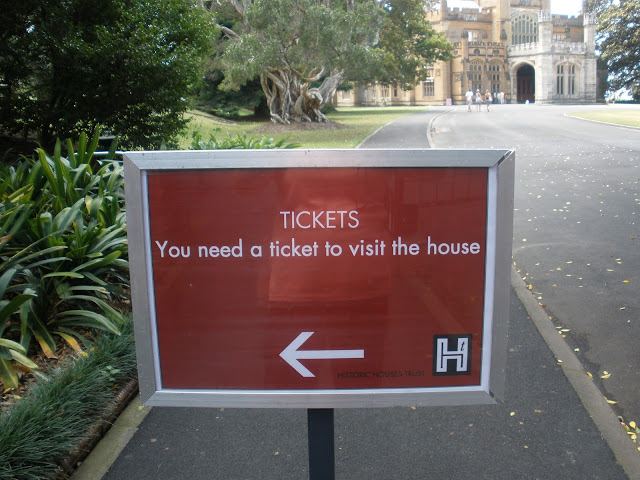 As I entered the gate, of course, I was intercepted by this sign which is too self-explanatory. Oh, it's free by the way. So there's no worry there. Not that I'm a miser. Can you see the castle over there? Yeah, those people went in for an inside guided tour and I was the last to get in. 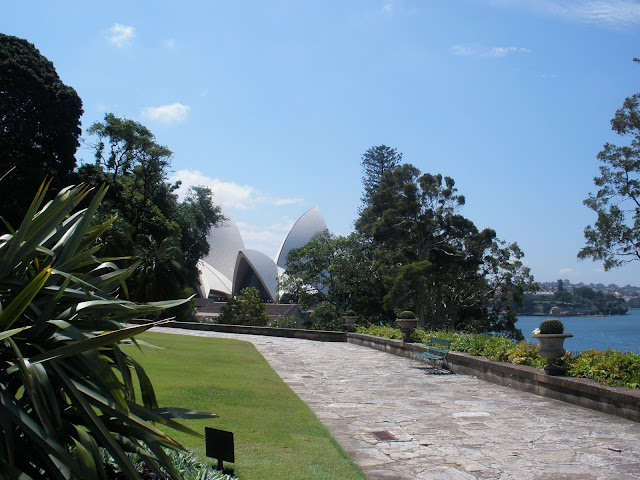 After the guided tour, we were allowed to roam around the garden to savour the view of the harbour. Yes, this area is part and parcel of the whole shebang including the Opera House and the Botanical Garden. It's a beautiful place with a breathtaking SCENERY! 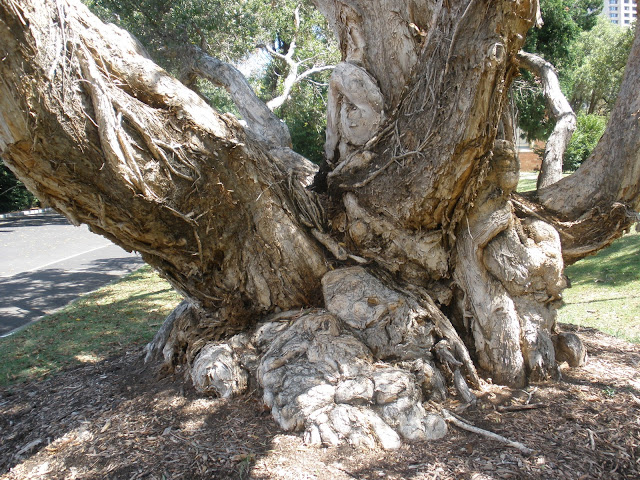 This old freak tree is as old as the building or the castle. I paid more particular interest in focusing my camera down to its base. Such artful psychedelic distortions. 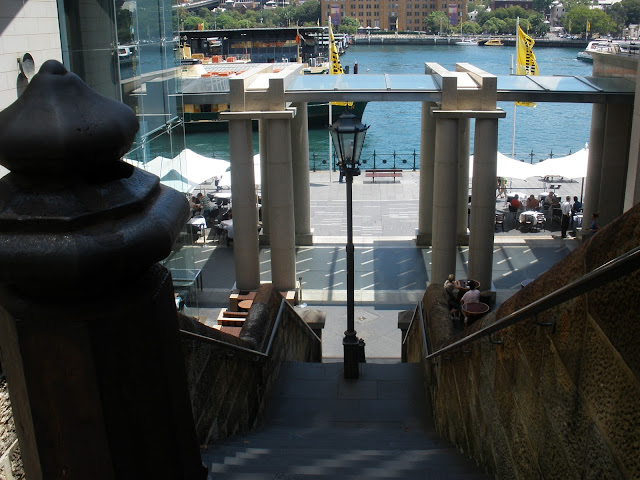 After spending ample time roaming around the promenade and taking shots here and there, I went the same way back and this is what I saw on my descent  which is actually the Circular Quay - the wharves of  local ferries to cruise around the harbour  and any nearby watery suburb Well, there are hundreds of photos to show. I'll post them some other time. Hope you enjoy seeing what's in my world!

What a fabulous tour you've taken us on, Bonnie! What a wonderful and beautiful place! Would love to tour that one myself. Your photos are fabulous! Always love seeing the Opera House! Hope you have a great week!

BB, I could see the Sydney opera, it is so amazing! Love the gigantic tree with the roots.

P.S. It was nice talking to you. Oh, I think I have the phone number.

Thanks so much for your visit to Small Reflections and the invitation to take this lovely virtual tour here. What a lovely place to visit!
Hugs and blessings,

I saw the opera house! And that tree is amazing - full of faces and figures.

I really like the framing of the light pole and the stairs. I love that old tree, too.
Looks like a beautiful walk.
Love the Mark Twain quote.