Orange, New South Wales lies in Central Tablelands (plateau) west outside Sydney. It is known as the Colour City due to its colourful spectacles of the season occuring at autumn time. Leaves of trees, shrubberies including those in the orchards, flower plants change colours from green to mesmerizing crayons of different shades. Once, it was named as "Big Apple Country", again due to its great apple orchard plantation. It has a highly rich volcanic soil owing to the presence of an extinct volcano, Mt Canobolas. The name Orange is a misnomer of course, for it was given in honour of the Prince of Orange in Holland. 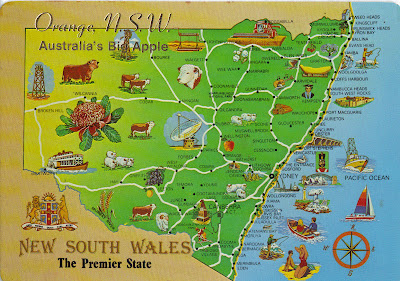 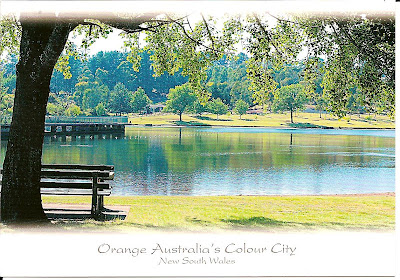 Lake Canobolas Reserve situated at the foot of Mt Canobolas is a popular swimming and recreation area. 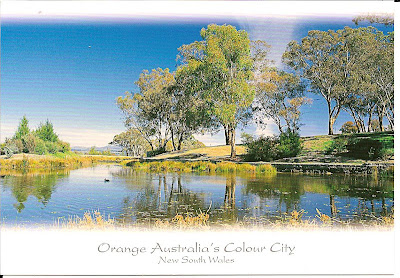 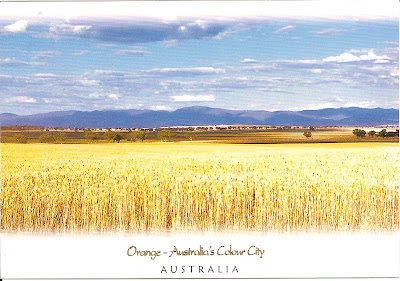 Wheat Farm: Wheat a cereal plant, which has been cultivated for food since earliest times, is now one of the principal food crops of mankind and the most important grain crop in Australia. William James Farrer (1845-1906) produced rust-resistant wheat by long experimentation, and thus fathered Australia's wheat industry. 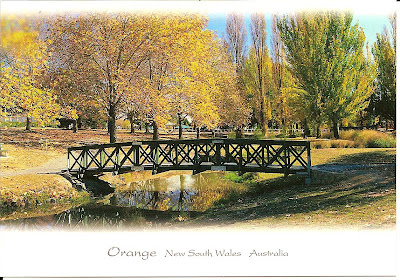 Moulder Park, The Colour of Autumn 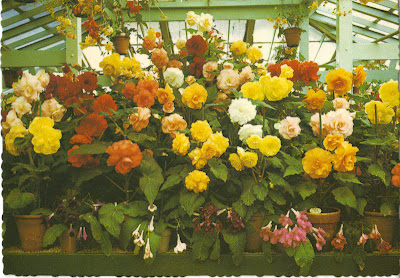 Glass House of Begonias, Cook Park (Magnificent Begonias in bloom from February to May) 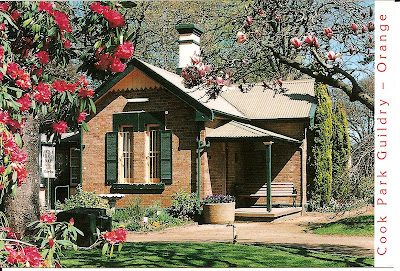 BASTICK COTTAGE - built in 1887, was the home of two generations of the Bastick family who were the caretaker gardeners, In 1973 it was offered to local art and crafts people as a place to sell their wares and the "Park Guildry" was formed. The Guildry is open 7 days a week, 10am to 4pm. 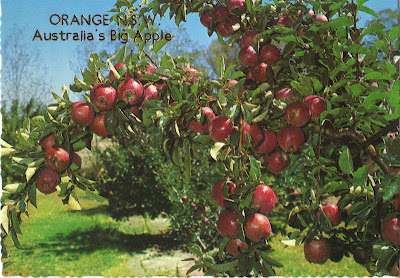 Orange was once known to be Australia's Big Apple City 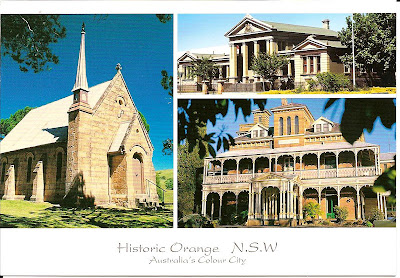 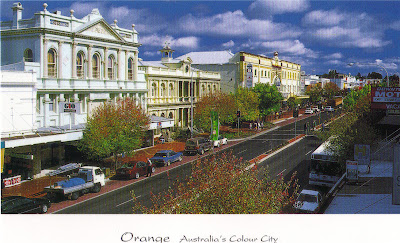 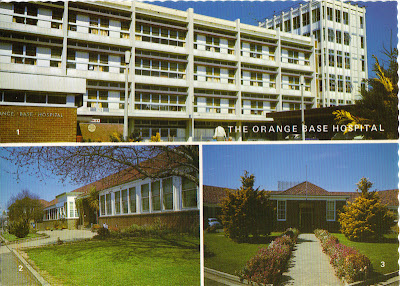 1. The Orange Base Hospital -New Ward Block
2. The Maternity Unit - where my children were born
3. Entrance to the Old Ward Block